Carousel - Start Of My Most Ambitious Painting So Far 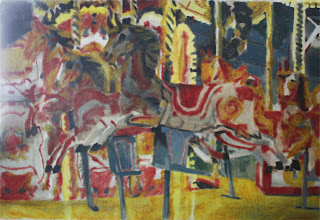 My biggest and brightest painting so far - this is about a day's work. Had to stop this stage as most of the canvas covered in paint and I need it to dry before beginning the next stage.

There is a little slide show of how I got there over at youtube .

What I've done is pretty much just a sketch so far - general placement of values and colours - although I've not yet used any opaque paint, so the creams have still to be added. What'll I'll probably do next is work on the main horse - which is pretty dark - with a full range of colours and brushes, adding to it stroke by stroke, using what I've done so far as a guide as to where everything goes. This may take some time.

In theory everything should darken, except for the lights - leaving them to glow.

Sandy's Sundays - Art In The Botanics

A couple of sundays I went along to Sandy's class in the botanics where you have about four hours with the model in the same pose - I hadn't been for a while, as sundays seem to fill up easily, so was glad to finally get along.

This was where I first tried to paint the figure in oils a few years ago. There has been a bit of improvement since those first efforts, but it is still a very useful thing to do, to try and record what I can see, with the light shifting, the model moving, and all the other difficulties. Somehow I seem to learn something new each time - or notice where there may be deficiencies in my work. Part of this is because of the other people - all a friendly bunch - there is nothing like seeing the magic other people can create with the same model and in the same time.

Anyway, it has been a long time since I painted this model and it was great to try and paint her hair. I really should go along more often.

My most recent paintings - properly photographed by Lighthouse Photographics. 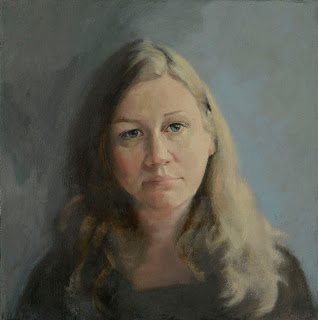 Self Portrait at 38 - Winter 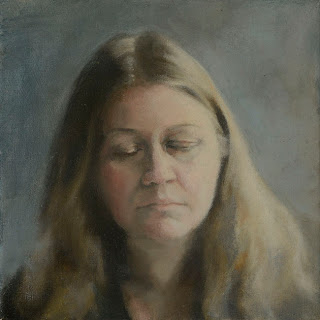 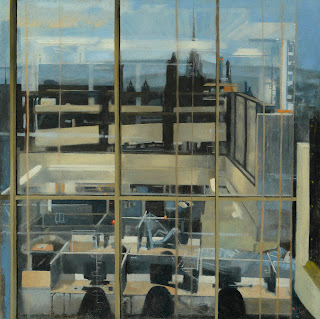 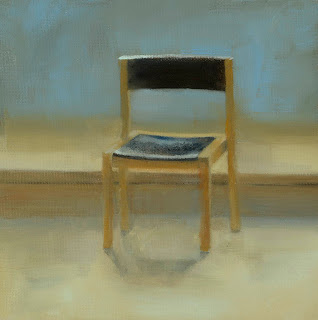 Last week Neil McChrystal (happy birthday, Neil!) posted this question on facebook in a private forum us 28 days later folks had set up -

"genuine question : As some of you might have noticed from my 28 Drawings Later escapades I do all sorts of stuff. It sometimes occurs to me that I should possibly pick something and concentrate on getting good at that, especially when I see how so many people here have focused in on a style and made it so good. What do people think? Generalise or specialise?"

It proved to be a very popular question, with a whole range of answers, but the most popular one being that Neil should just keep doing whatever he wishes.

Which is pretty much all we can say about some-one else's progress.

The question got me thinking about how I have become more general in my subject matter recently - cityscapes, roses, fields, portraits, skulls - but much more specialized in my technique. Indeed, working on different subject matter is what has enabled me to hone my methods as these are developed to allow me the most freedom. As each artist develops I feel they discover what is most important to them and their style develops out of this. Working in short bursts with a lot of thinking time is crucial to me, as is the space to really concentrate on the properties of the paint itself - bright/neutral, warm/cool, transparent/opaque, thin/thick etcetera - so I have developed a technique (seen in the early stages in my last post) that allows me to do this. Another advantage is that every stage is complete in itself - so I can add/subtract as desired. All of this is clearly a form of specialisation in oil painting - but done to allow me to generalise - the how becomes second nature, the why and what become the focus of my attention.

But I first picked up oil painting about four years ago. Before that I used charcoal and watercolour. Or pastels. Or acrylics/gouache/graphite/ink/pastels/whatever was lying around. I spent years of attending life drawing classes at least once, more often two or three times a week - in which I changed my style/medium/subject matter frequently - even within the same class. From obsessing over hands to drawing the whole room including the other artists and everything in between. I was specialising in the occasion which allowed me to play with everything else. Without that experimentation I wouldn't have learnt that I like to focus on the darks and lights - and most artists agree that a place for such freedom (such as the sketchbook or the life room) is crucial for producing ongoing work of quality.

Depth requires specialisation but generalisation guides you where to specialise.

One thing that came up in the answers to Neil's question was the need for those making a living as artists to produce identifiable work. Certainly the received wisdom that the more well known you are the easier it is to sell work and that the more your paintings are identifiable as by you the easier it is to become well known. I don't have an answer for that (yet) - maybe another post later? What do you guys think?

How To Start Again - Clare In Progress

At the weekend I started a new painting - did a rough drawing in watercolour pencil then re-inforced and corrected the outlines with a small brush and a dark ultramarine/burnt sienna mix. It was looking good.

So I continued, adding the basic tonal structure using three tones using the same blue/orange mix along with white. All was going well, I was satisfied, so I moved on to other stuff while I waited for the (very thin) paint to dry.

But then I looked at it again.

The whole thing was too far over to the right. I had wanted to un-center the pose, to emphasis the lovely line her neck makes as it goes down towards her shoulder. But this was unbalanced. So I decided to start again.

I tried scraping with a painting knife (all the books mention artists doing this) but not much happened - maybe because the paint was so thin. Next up was turps, which as you can see in the third image in the slide show worked much better - and left a lovely ghostly image. I seriously considered stopping right there.

But I didn't. It wasn't the image I meant to make, so although this is a technique I may well explore at a later time, it wasn't right for this painting. However, painting on top of the ghost image was hard. Real hard. The last image is not right - but the flaws are relatively minor and can be fixed at the next stage - when I add colour. If I had continued, I may have ended up with a well painted portrait that just looked wrong no matter what I did. Whereas now I have painted over a couple of nice images to produce a not-quite-right image that should be use-able as a strong base for a finished painting.

Well, this may be finished. Or it may not. If it is, it marks the last work from this year's February challenge.

This weekend has been dedicated to moving on, deciding what's next - it is a rare occasion when there isn't a painting desperate to be made or a deadline of some sort coming up. Being free to choose has been a little daunting, but I have selected my reference material for around five paintings and am busy preparing my canvas for maybe a couple more.

This requires a fair amount of organisation - getting the right size stretcher bars, finding the time to do some hammering when it won't annoy anyone, getting a crick in my back from stretching the linen (after taking over the hall to spread the linen out and pretend I'm a dressmaker), applying the gesso in several thin layers with sanding between each and then deciding if I will apply a thin, turpsy layer of colour over the whole thing or go straight in with a tonal layer.

Thankfully I do have a few I made earlier that will suit so I can get started - and it is back to faces. Later in the spring I will be doing a lot of plein air landscapes, so would like to concentrate on portraiture for the moment - especially as I will be put out of action by shoulder surgery fairly soon. You will be able to follow my progress (or lack of) as I intend to keep posting twice weekly.